News related to the project

Partner within the PANDEMRIC project, ITEM, is organising the Online ITEM & HNP Side Event on 13 October from 16.00-18.00 in Brussels.

During this side event ITEM and the Huis van de Nederlandse Provincies (HNP) together with partners and stakeholders will look for solutions and methods for (border) regions to ensure a healthy, sustainable and strong future for European regions in the post COVID-19 situation.

You can register via the following link: 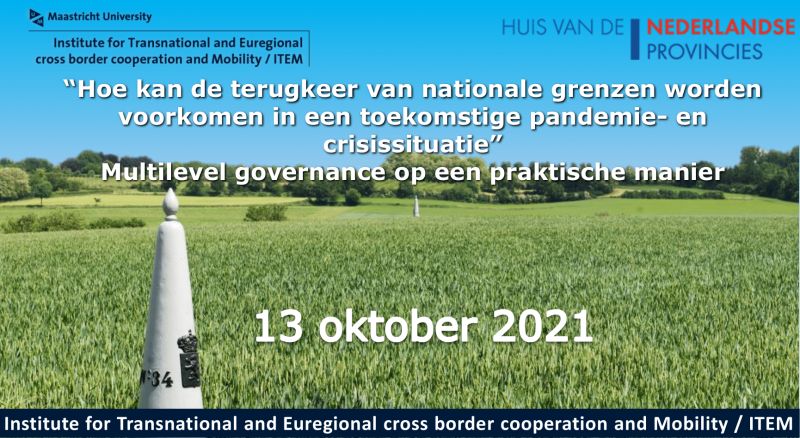 The Cross-Border Task Force Corona has existed for one year now. This article looks back at what this Task Force has meant to citizens in the Netherlands, Belgium and NRW and what practical solutions it has provided to problems encountered during the Corona pandemic.

Some examples mentioned in the article are the exchange of information on vaccination strategies and finding pragmatic rules on exceptions to the quarantine and testing requirements for border workers and students, for example. 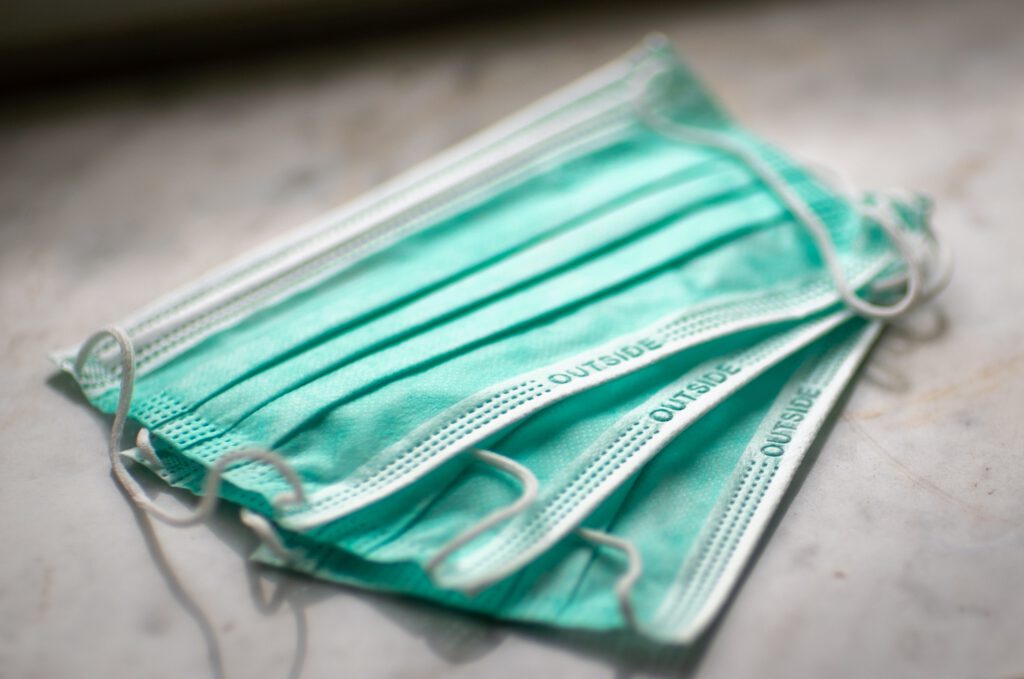 Programme manager of EMRIC and project leader of PANDEMRIC, member of the crisis staff South-Limburg and liaison to the Belgian, German and Dutch partners, Marian Ramakers, together with the Bernd Geßmann member of the crisis staff
Städteregion Aachen and liaison to the Belgian and Dutch partners, was interviewed for an article by die Welt. The article talks about keeping the border open and the importance an open border holds for the border region. 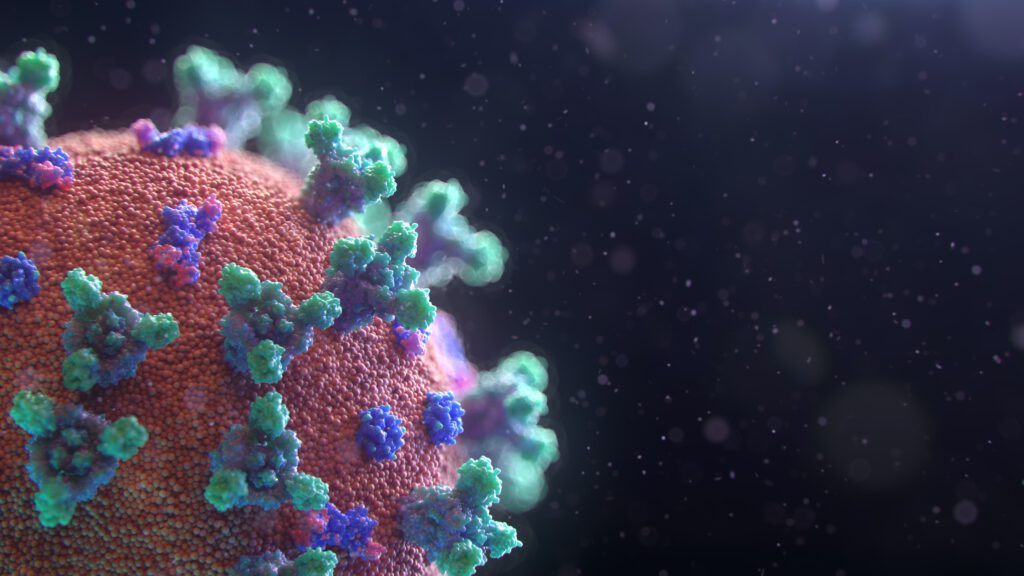 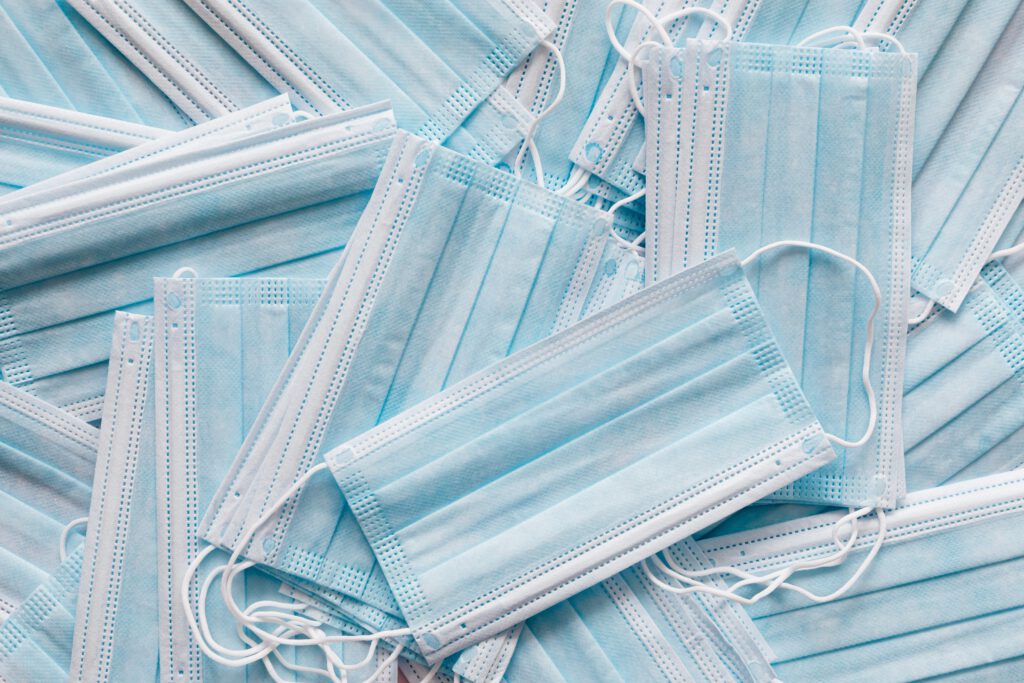 ITEM, partner in the PANDEMRIC project, writes about the current corona-related measures and their impact on the inhabitants of border regions. The measures put in place to restrict mobility in order to prevent the virus from spreading can be at the expense of daily life in border regions. However, there are also examples that show that this need not always be the case. You can read more about this in ITEM’s blog. The European Commission urges Member States to adhere to the recommendation of the Council.

Belgium will therefore have 10 days to explain the extension of the travel ban. The Commission has sent a letter to this effect, signed by Salla Saastamoinen, the Director-General of the Directorate-General for Justice at the Commission.

Salla Saastamoinen writes in the letter that no reason has been given for extending the travel ban imposed by Belgium. The travel ban was also extended weeks before it was initially due to expire. European Commission President Maroš Šefčovič explained at the press conference that Member States should avoid blanket travel bans on residents and should rather use targeted measures. “Mandatory quarantine is an effective tool to discourage touristic travel, if properly enforced” said Maroš Šefčovič.

In addition to Belgium, other Member States received a letter from the European Commission, including Germany, Denmark, Sweden and Hungary. 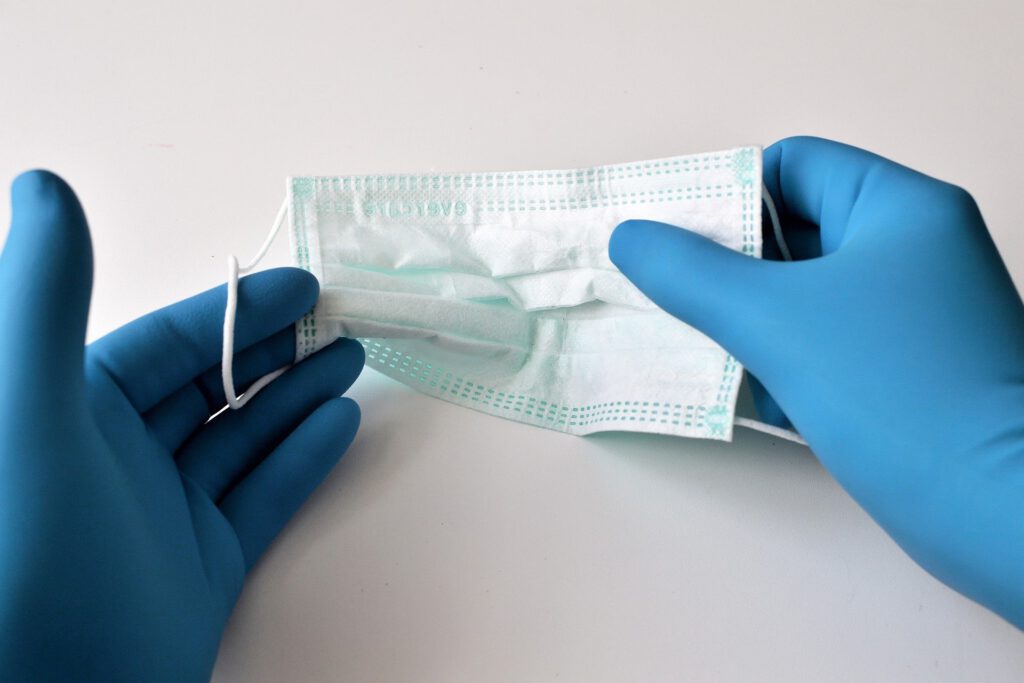 In January, the South Limburg Security Region organised two webinars for college- and municipality council members about the coronacrisis.

The webinars can be viewed on the South Limburg Security Region website. 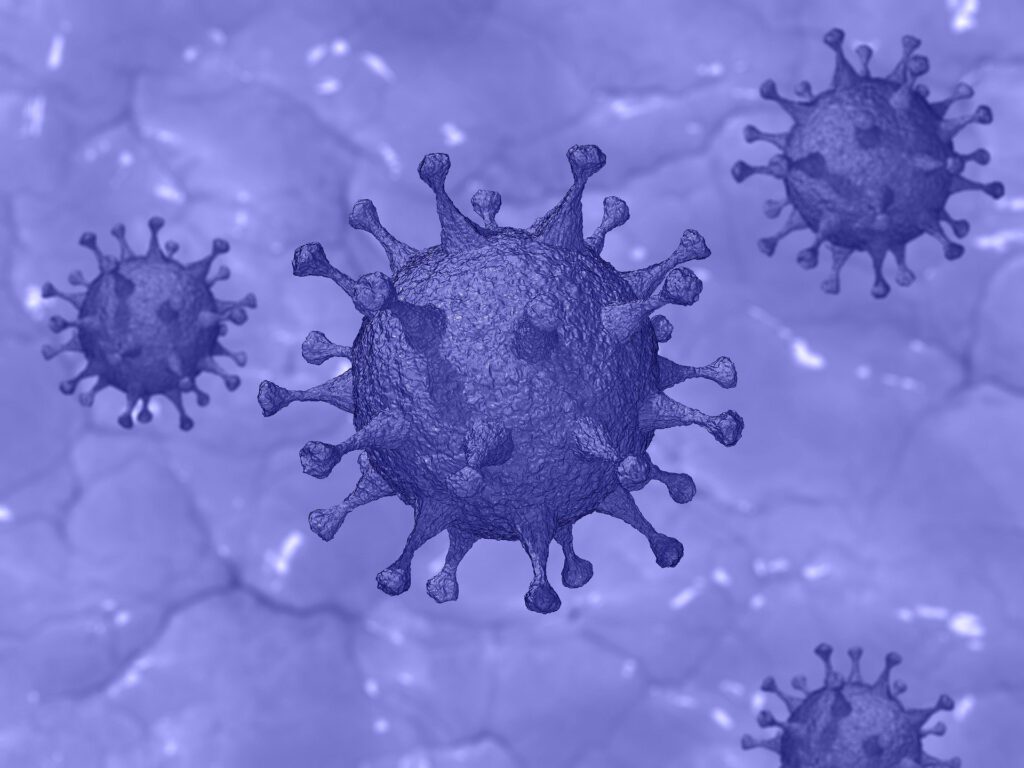 The Commission’s proposal focuses on additional coordination in two areas where Member States have already agreed to cooperate:

In addition to the colours green, yellow, orange and red, the Commission proposes to introduce dark red to identify areas where the virus is spreading very quickly.

The Commission proposes that all non-emergency travel should be strongly discouraged.

This applies especially to travellers coming from a ‘dark red’ area. Member States should impose the following conditions for these travellers: 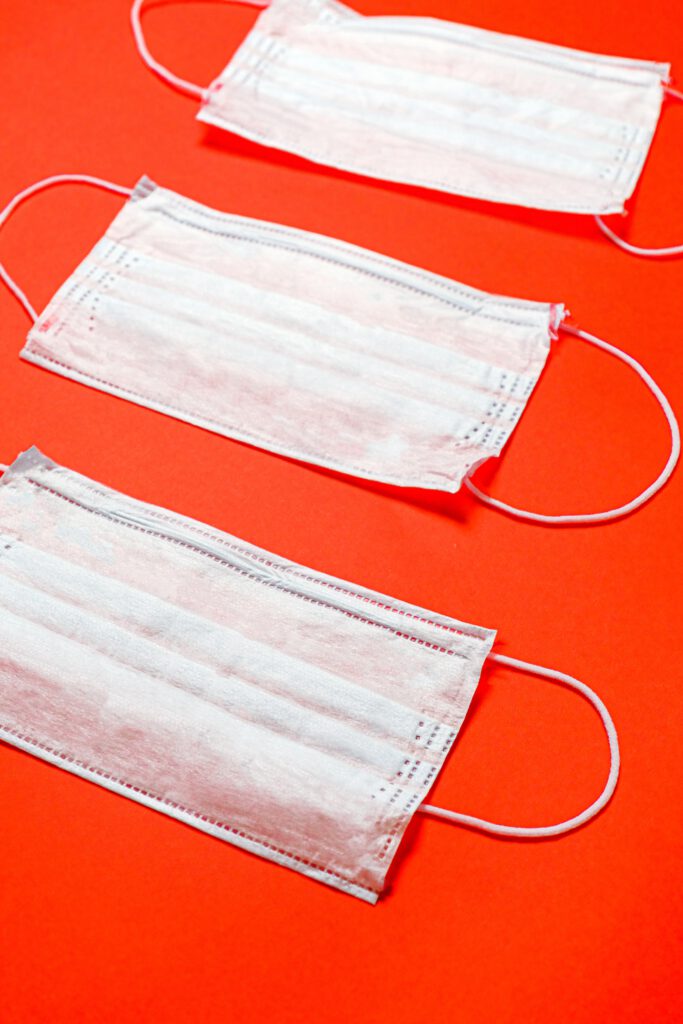 Stephan Holthoff-Pförtner, Minister for European Affairs of North Rhine-Westphalia, mentioned the Euregio Meuse-Rhine as an example for Europe in the AvondGasten Europa programme.

The Minister mentioned, among other things, the task force set up at the beginning of the Corona pandemic as an example of cross-border cooperation in the Euregio Meuse-Rhine. Read more in the article of L1 (only in Dutch). 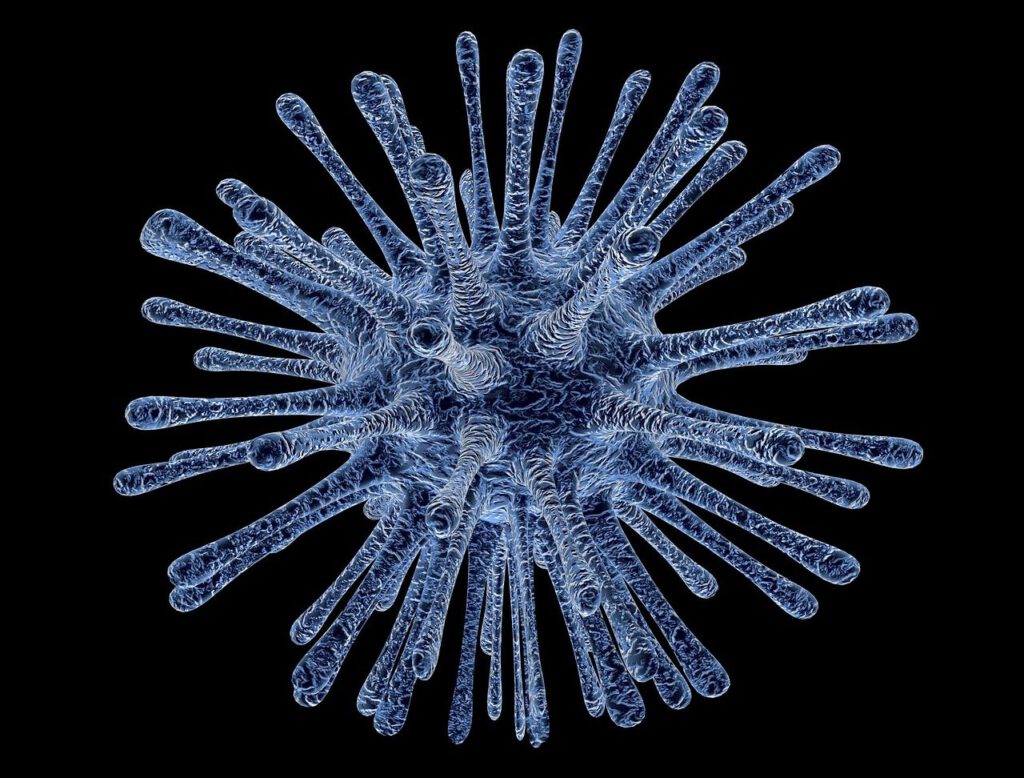 The Prime Minister of the German-speaking Community, Oliver Paasch, said that a border closure would be “unjustified and unacceptable”.

He is particularly concerned about border workers and border students in this case. He also mentioned that in the event of a border closure, a list should be made of essential reasons why people should be allowed to cross the border. This list will never be comprehensive. Read more in the article of Le Soir (only French). 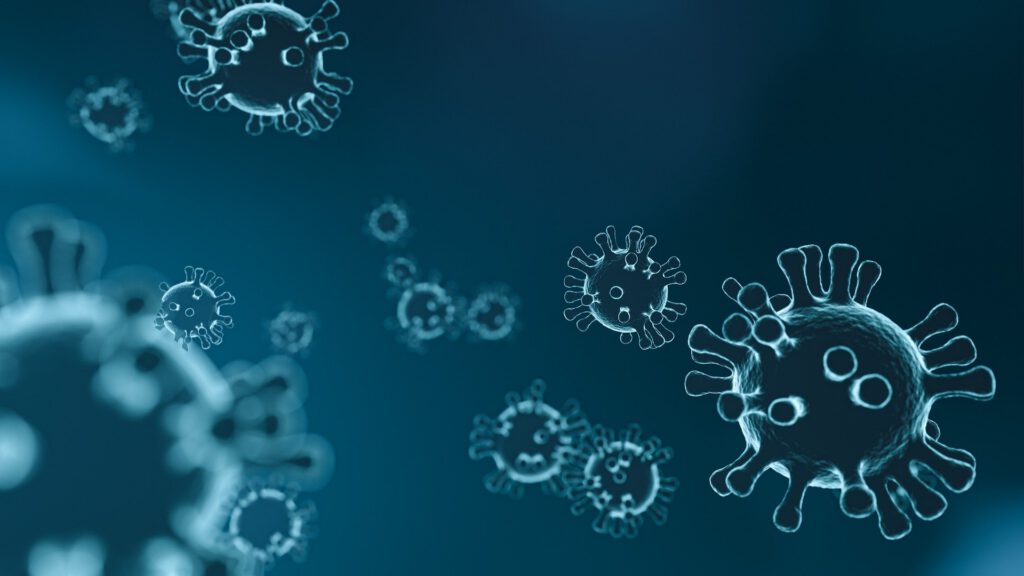 As of today, the Dutch CoronaMelder App is cooperating with other European corona-apps!

The CoronaMelder App now also sends a notification to the user of the app, when they have been in contact for a longer period of time with someone who has tested positive for COVID-19 in, for example, Germany and uses the Corona-Warn-App.

Up to now, the CoronaMelder app can cooperate with corona-apps from Germany, Denmark, Ireland, Italy, Croatia, Latvia and Spain. Belgium is expected to join in December. Read more here (only dutch). 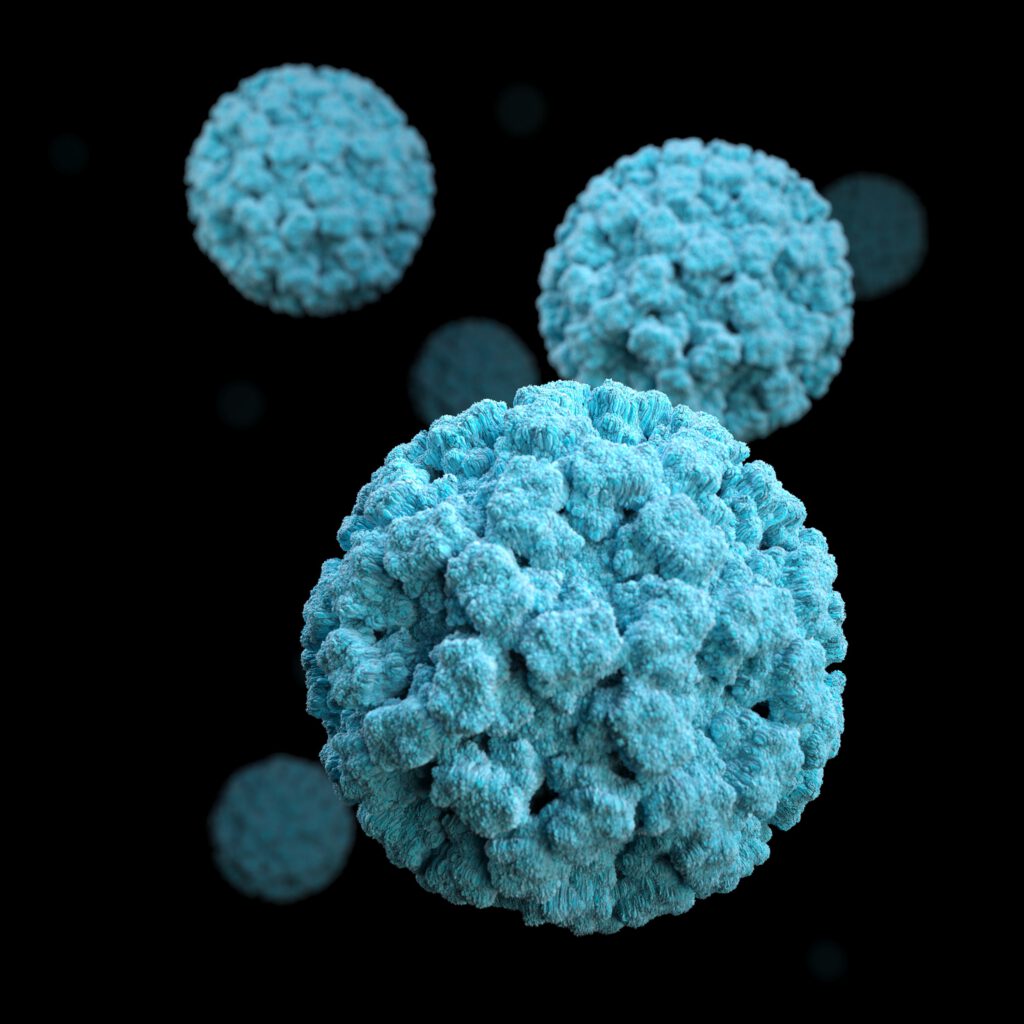 As a guest at L1, ITEM’s researcher Martin Unfried talked about the coordination of corona measures in the border regions during the first and second COVID wave. Martin Unfried discussed the closing of the border between the Netherlands and Belgium during the first wave and how measures determined per country could impede cross-border cooperation.

Martin mentioned that EMRIC has already established a solid basis for the cooperation in the field of crisis management in the Euregio Meuse-Rhine, but that a European drive for harmonization is also necessary to push cooperation forward. The interview can be viewed here. 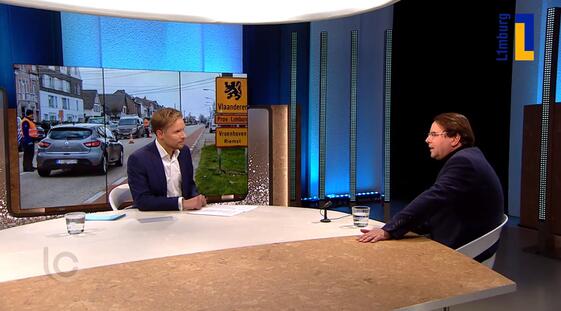 Last week, the President of the European Commission (EC), Ursula von der Leyen, announced that they will be taking the first steps towards a ‘European Health Union’. The Commission will take these next steps in the form of a set of proposals that aim to ‘strengthen the EU’s health security framework, and to reinforce the crisis preparedness and response role of key EU agencies’. However, what would this mean exactly?

The EC is proposing a new Regulation on serious cross-border threats to health. This framework will:

– The declaration of an EU emergency situation, which would trigger increased cooperation

Furthermore, the proposal holds that the EU agencies; the European Centre for Disease Prevention and Control’s (ECDC) and the European Medicines Agency’s (EMA) mandate will be reinforced so that these agencies will become stronger and more operational.

Next to this, the Commission has also set out the main elements of the future Health Emergency Response Authority (HERA), which is to be proposed by the end of 2021. Such an authority would facilitate a response on the EU level to cross-border health threats.

For more information, see the fact sheet on the European Health Union on the right or  visit the website of the European Commission. 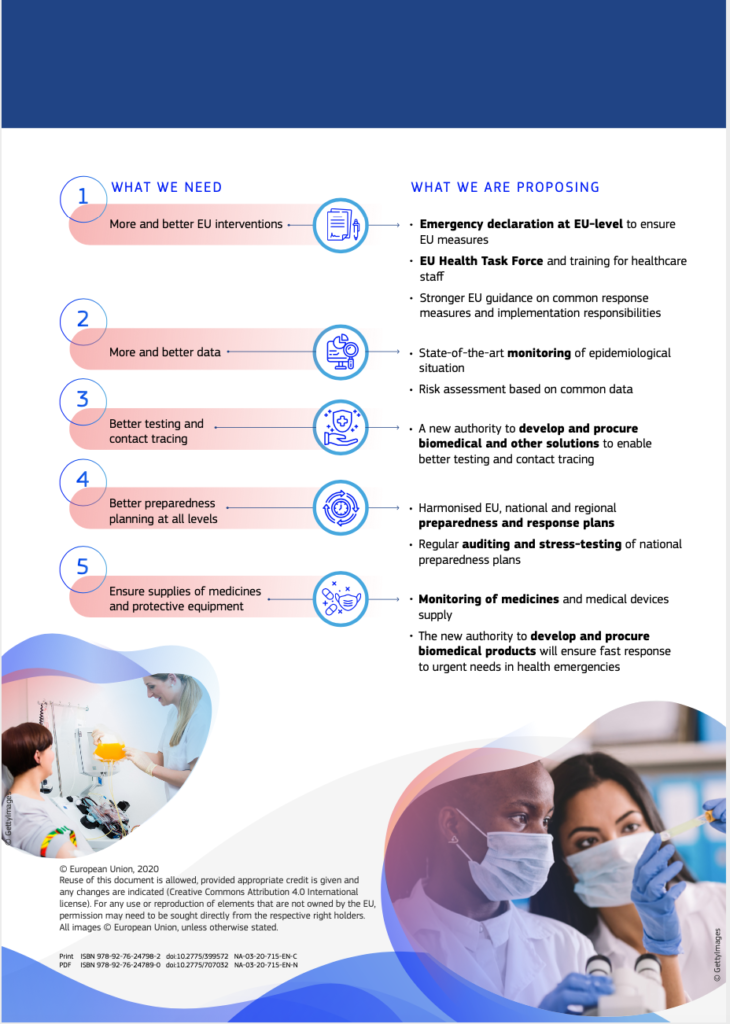 Yesterday, Minister De Jonge wrote a letter to the President of the Senate voicing his intention to join the second ‘wave’ of countries joining the ‘European Federated Gateway Server’ by the 30th of November. This means that citizens in the Netherlands will only need the national ‘Corona Melder’ app in order to receive a notification if they have been in contact with someone infected across the border. This will be especially useful in the border regions, since the virus doesn’t stop at the border. Read the letter here (only Dutch): 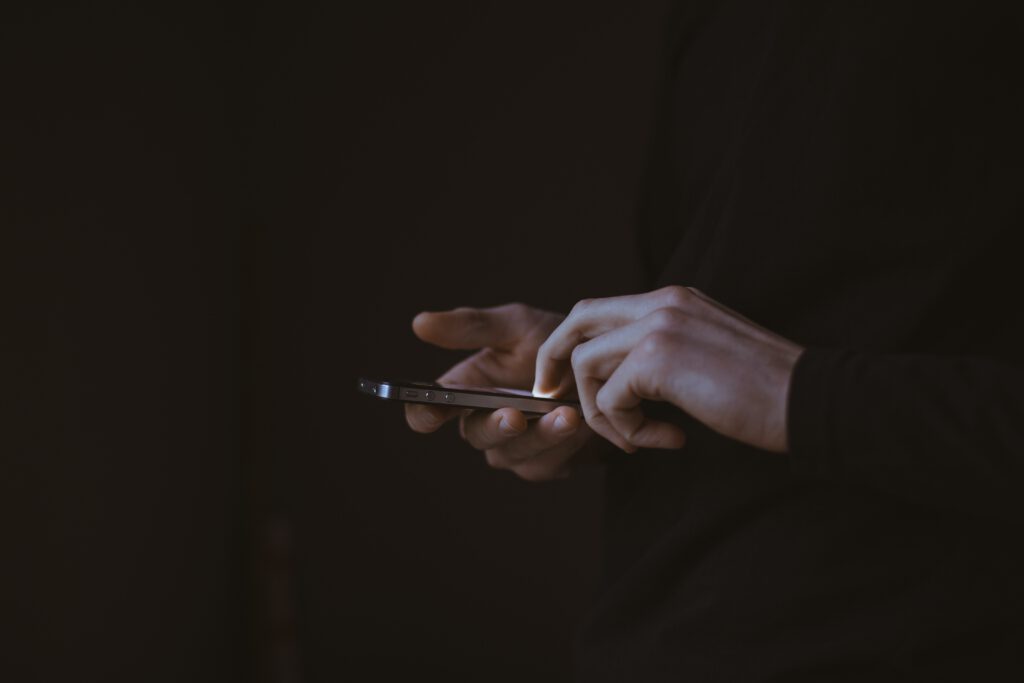 This  article (Dutch) by NRC talks about the increasing European cooperation in relation to the corona crisis. In short, during the second wave, more coordination at the European level can be observed, including coordination in the ‘medical’ field. Here, reference is mainly made to a coordinated testing policy. The Heads of Government are meeting today to discuss this coordinated approach. 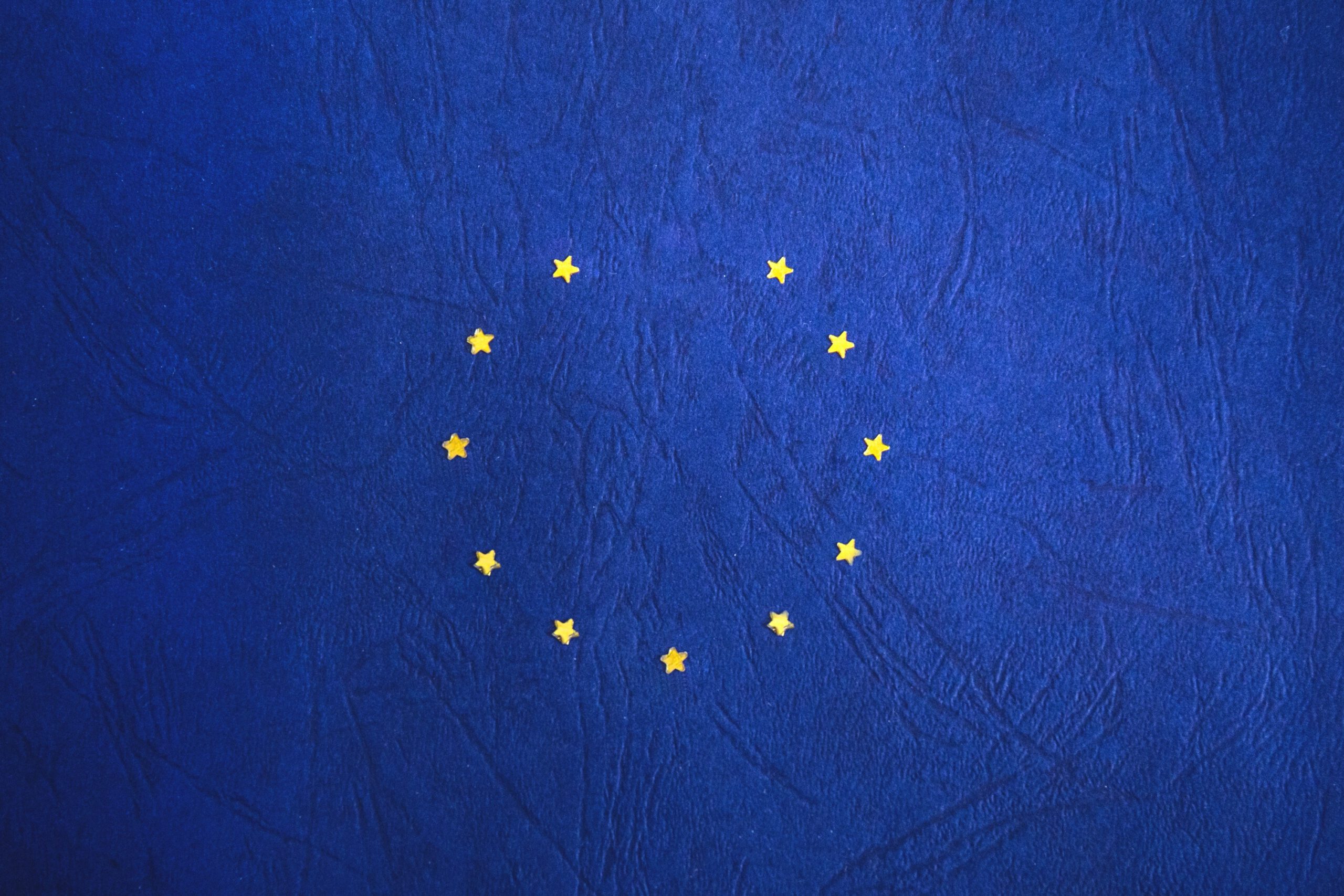 The news article from the Volkskrant talks about why Germany has been  good at keeping the number of people infected by Covid-19 relatively low compared to the Netherlands. Different scientists talk about different factors which could account for this difference between the neighbouring countries. You can find the link to the article here (dutch). 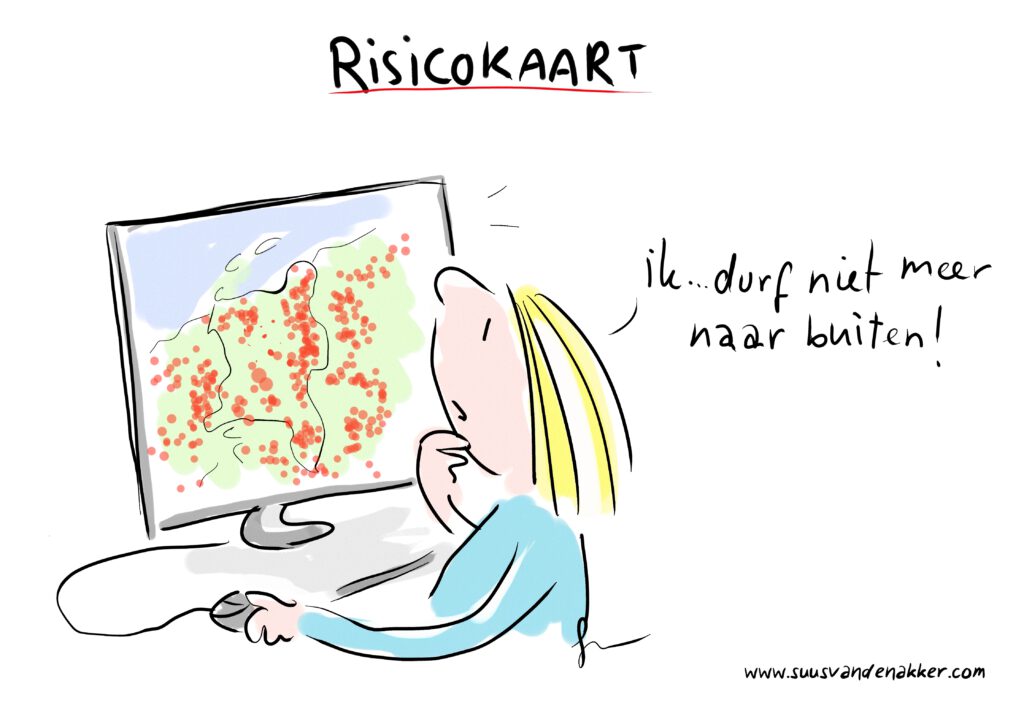 Would you like to know more about the impact of the corona crisis on municipalities in the Netherlands? This study by the Instituut Fysieke Veiligheid, carried out by Menno van Duin and Vina Wijkhuijs tells you more about this. 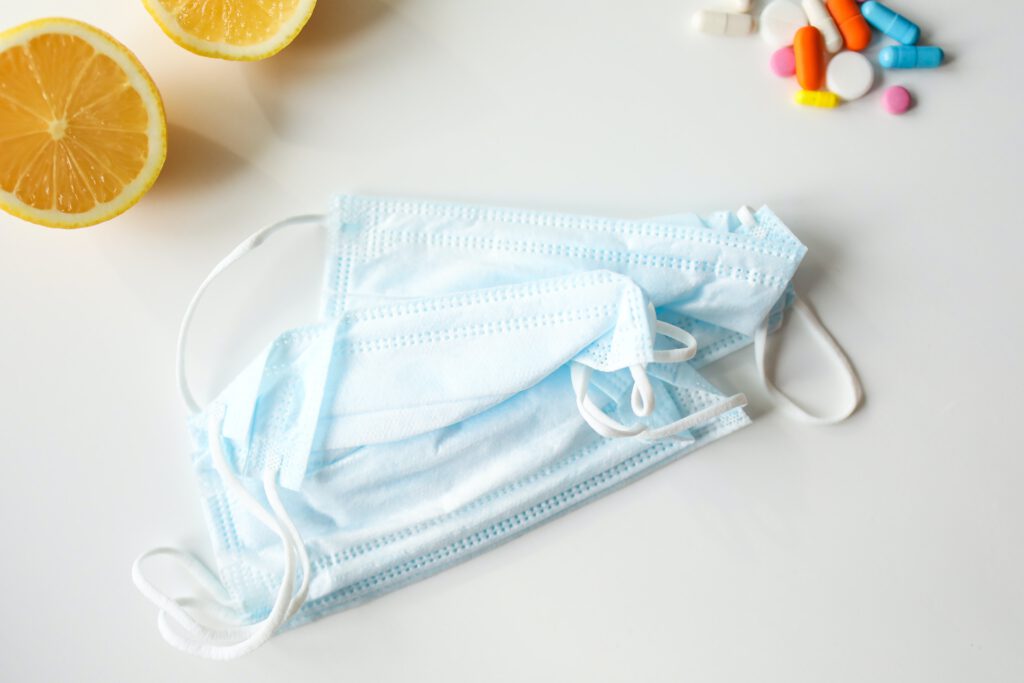